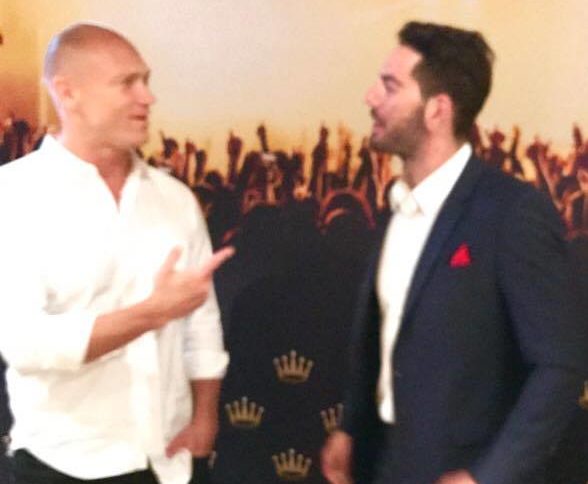 Maybe your first thought was your mum, dad, uncle… Oprah? Michael Jordan? Barack Obama? Have you ever gone deeper and thought exactly why this person is your role model? What about them connected with you?

‘’I watched that much game tape, that when playing, it became like watching a film in real time, I was able to position myself, my team and know exactly what play the position would run’’. – Kobe Bryant

All of the greatest athletes, celebrities, academics, businesspeople, have coaches, mentors and friends they look up to and model behaviours off. They know that by taking (and repetitively actioning) all of the greatest attributes from their role models, they create a new level of greatness themselves.

Take something from everyone in your life, the good, the bad, the ugly. Every situation will teach you something. Something of good value might be a skill, trait, mindset, belief or attitude. At the same time, look for these again but in negative connotations. There are still important learnings in these.

Now that you know the importance of picking apart the ‘good’ from the ‘bad’, you can use the 3 L’s of Modelling framework to re-create or add new unconscious habits, behaviours and attitudes into your life.

Look, listen and research the models you have picked out. Use online platforms – or if they’re easily accessible, take them out for a coffee – and get to know these people inside out. Take away every positive attribute or behaviour that you would like to implement in your life.

In this stage you will need to have a high level of curiosity for these models to push yourself to challenge your norm and create changes to sometimes the deepest ingrained habits within your subconscious.

Look at the little things your model is doing and does differently to everyone else.

Remember when it was released that although Steve Jobs was a billionaire, he wore the same clothes everyday… and everyone thought he was crazy? Soon after it was released that he had created this habit to clear his mind of that extra decision he had to make daily to fill his head with more important decisions, and everyone thought he was even crazier!

Now it’s not surprising that many of the world’s thought leaders have adopted the same strategy. They have modeled Jobs’ behaviour.

Find these little quirks in your models and see what ones could work for you.

In this stage you have to make a conscious decision to live and breathe these skills, tips, tricks, attributes, habits, routines, beliefs and values.

The repetition of your actions will become a habit over time, but you have to 100% commit to this process of growth.

You have to be willing to enforce change, and this isn’t an easy feat. Making the decision to change habits you have been doing since you were a child has to be followed up by radical action.

Say you want to model Barack Obama by becoming one of the greatest public speakers of all time. Improve yourself daily by practising your speaking skills for 10 minutes in the mirror. That 10 minutes will compound into an extra 70 minutes a week, 280 minutes extra a month…

Now that you’ve taken your models, taken action and ingrained the positive attributes into your subconscious, leverage it.

Go back and teach this process to others to understand it at all levels. The ability to teach a topic is when you really break out and break through. Otherwise known as mastery.

Once you’ve moulded everything together to create your own ‘greatness’, you can become your own blended version of all of your models.

There are so many people doing great things right now that are yet to reach a global status or become a household name. You might be one of them.